Sweden's far from accidental journey to a cashless society 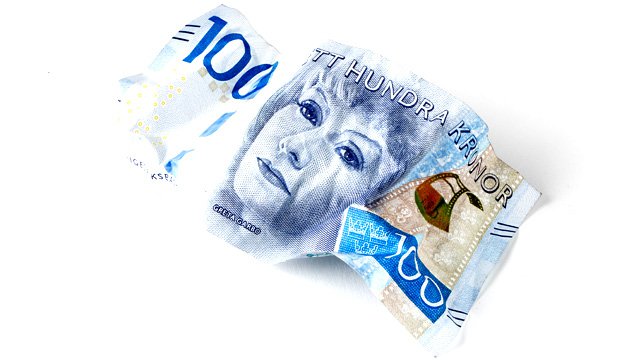 The Federal Reserve Bank of San Francisco recently released a report on cash use in 42 countries reporting that:

Sweden has garnered attention as the poster child of cashless countries. Since the 1960s, Swedish banks have encouraged digital bank transfers, charged for checks, and invested heavily in card payment systems. The banking system collaborated to create an automated clearing house, Bankgirot, and to launch a popular mobile payments app, Swish.

Sweden also has a cultural stigma against cash, with some Swedes associating the payment method with crime. The 2009 Money Laundering and Terrorist Financing Prevention Act required police reports to be filed for large cash transactions, and high-profile cash robberies have contributed to public wariness of cash.

Sweden is certainly the country most often mentioned as having made the most "progress" toward becoming a cashless society.

The idea of a Swedish Cashless Society has some well-known supporters, amongst them Bjorn Ulvaeus, one "B" in the name of the famous pop group ABBA, who once said in an interview:

Banknotes and coins are expensive to manage, contribute to crime and are unhygienic. At ABBA the Museum, we decided from the beginning not to accept cash as payment. It has been shown to work very well.

In today's news, I read the headline, 'One in every eight homes affected by break-ins every year.' The article talks about all possible prevention measures except one. It is the easiest to implement and absolutely the most efficient — remove the cash in society.

At the moment, nobody has been able to explain to me what the thief is going to do with what he or she stole ... unless it can be turned into cash.

The ABBA Museum is sponsored by MasterCard, so perhaps an anti-cash stance can be regarded as understandable. In any event, Ulvaeus mentions home break-ins when elaborating his negative views on cash. There is a public perception that one reason he started his anti-cash campaign is that his own son's apartment in Stockholm was broken into twice.

It is perhaps worth noting rumors that Björn Ulvaeus had been personally sponsored by the large card schemes to act as an "ambassador" for the anti-cash campaign in Sweden. When these rumors appeared in the media, Björn largely vanished from the scene.

In any event, it is certainly not only the ex-ABBA crooner who is against cash.

Since 2006, the trade unions in Sweden have been anti-cash in a big way. The unions forced the banning of cash for payment of bus fares, raising concerns about driver safety and declaring that handling cash had become a "work environment problem."

This might be seen as an odd concern to have in relatively untroubled Stockholm, when, for example, buses in a city such as Los Angeles still accept cash for fares.

Ironically, this happened because cash use by bus passengers had actually gone up. The Swedish gaovernment had the year before introduced a flat fare of 20 krona for any bus journey and the public were very happy to simply present a note of that denomination to meet the price of their fare.

Later, we will examine the crime figures from Sweden to confirm, or otherwise, the impact that removing cash from the economy has had on crime.

Some researchers are actually predicting a specific date for the death of cash in Sweden. Sputnik International reported their forecast:

"The smooth transition toward a totally cashless society could be completed already in 2023, when shops are likely to stop accepting cash altogether," a study from the Royal Institute of Technology and the Copenhagen School of Economics suggested.

extrapolating the decreasing use of cash against the rising cost of handling cash, researchers Niklas Arvidsson and Jonas Hedman suggested that the world's first cashless society may become reality on March 24, 2023, which they called "the most likely critical point."

Arvidsson has his own views of why cash seems to be dying in Sweden: "At present, 97 percent of traders accept cash, but only 18 percent of consumer payments are made in cash. So it's the consumers that are the driving force".

We shall examine later the claim made by Arvidsson that consumers are the driving force in the journey towards a cashless society. That was certainly not the case in relation to the use of cash to pay bus fares. For now, we will simply welcome that he acknowledges that 97 percent of Swedish traders still accept cash.

There are many financial services conferences each year. Frequently at such events, one or other of the highly paid consultants, who seem to crisscross the planet preaching the merits of a cashless society, will rise to their feet to talk about how difficult it is now to use cash in Sweden. Arvidsson neatly rubbishes that claim.

In addition, the Swedish Riksbank has, as recently as 2016, rejected the claim that the public is driving the country towards a cashless state, as reported by Computer Weekly:

Björn Segendorf, adviser at Riksbank's financial stability department, told Computer Weekly that the move [to ensure cash services are available to the public] is important in the face of rapid structural change in the Swedish payments market. [Cashless advances] have been beneficial, but as with every change there are certain groups who experience problems," he said. "We see the supply of cash services being too small, and that is what we want to address with this proposal."

Of course, Riksbank itself had made several decisions years before that quickly led to a reduction in public access to cash. Such decisions included delegating cash management to a subsidiary of the commercial banks in 2005 and, later, sanctioning the closure of cash handling at Swedish Post Offices.

It is not clear at this stage whether the intervention of Sweden's central bank will block the path leading to a cashless future. For now, we will simply note that Sweden's apparent move towards becoming the planet's first cashless state is clearly neither accidental, nor simply the outcome of choices made by the Swedish public.

This article was excerpted from Sweden: A far from accidental journey towards a cashless society. Read the full report here.