Innovative technology — such as that now being introduced in ATMs — is displacing workers to new jobs rather than replacing them entirely. 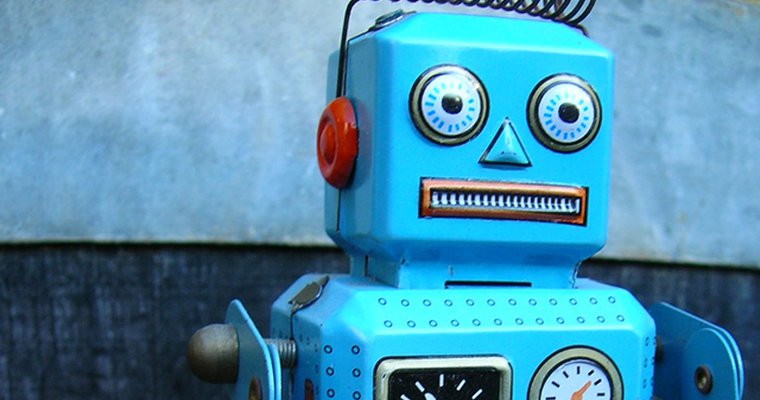 Robots and other technologies are transforming supply chains, tracking items from source to consumer, minimizing shipping time and cost, automating clerical tasks, and more. But are they eliminating the need for human workers, leading to persistent technological unemployment?

Surprisingly, the managers of warehouses and other supply chain facilities report that they have difficulty hiring enough workers, at least enough with the skills needed to use the new technologies. Moreover, they see these skill shortages persisting for the next decade.

New “smart machines” are radically changing the nature of work, but the question is how. Powered by artificial intelligence, new technologies are taking over tasks not only from warehouse workers, but also from white-collar workers and professionals. Automated teller machines have taken over the tasks of bank tellers; accounting software has automated the work of bookkeepers. Now computers can diagnose breast cancer from X-rays and predict survival rates at least as well as the average radiologist.

What, exactly, does this mean for jobs and wages? Sometimes new technologies eliminate jobs overall, but sometimes they create demand for new capabilities and new jobs. In one case, the new machines replace workers overall; in the other, they just displace workers to different jobs that require new skills. In the past, it has sometimes taken decades to build the training institutions and labor markets needed to develop major new technical skills on a large scale.

Policymakers need to know which way technology is headed. If it replaces workers, they will need to cope with ever-growing unemployment and widening economic inequality. But if the primary problem is displacement, they will mainly have to develop a workforce with new specialized skills. The two problems call for very different solutions.

Despite fears of widespread technological unemployment, I argue that the data show technology today largely displacing workers to new jobs, not replacing them entirely. Of the major occupational groups, only manufacturing jobs are being eliminated persistently in developed economies—and these losses are offset by growth in other occupations. ...

I focus on information technology because this technology has brought dramatic change to a large portion of the workforce. Some people see computers automating work and conclude that technological unemployment is inevitable. A recent study (Frey and Osborne, 2013) looks at how computers can perform different job tasks. It concludes that 47 percent of U.S. employment is in occupations that are at high risk of being automated during the next decade or so. Does that mean nearly half of all jobs are about to be eliminated?

Not likely. Just because computers can perform some job tasks does not mean that jobs will be eliminated. Consider bank tellers. Automated teller machines (ATMs) were first installed in the United States and other developed economies in the 1970s. These machines handle some of the most common tasks bank tellers performed, such as dispensing cash and taking deposits. Starting in the mid-1990s, banks rapidly increased their use of ATMs; over 400,000 are installed in the United States alone today.

One might expect such automation to decimate the ranks of bank tellers, but in fact the number of bank teller jobs did not decrease as the ATMs were rolled out (see Chart 1). Instead, two factors combined to preserve teller jobs.

First, ATMs increased the demand for tellers because they reduced the cost of operating a bank branch. Thanks to the ATM, the number of tellers required to operate a branch office in the average urban market fell from 20 to 13 between 1988 and 2004. But banks responded by opening more branches to compete for greater market share. Bank branches in urban areas increased 43 percent. Fewer tellers were required for each branch, but more branches meant that teller jobs did not disappear.

Second, while ATMs automated some tasks, the remaining tasks that were not automated became more valuable. As banks pushed to increase their market shares, tellers became an important part of the “relationship banking team.” Many bank customers’ needs cannot be handled by machines—particularly small business customers’. Tellers who form a personal relationship with these customers can help sell them on high-margin financial services and products. The skills of the teller changed: cash handling became less important and human interaction more important.

In short, the economic response to automation of bank tellers’ work was much more dynamic than many people would expect.

James Bessen is Lecturer in Law at the Boston University School of Law; this article draws on his forthcoming book, Learning by Doing: The Real Connection between Innovation, Wages, and Wealth.

This article has been excerpted, with permission, from the International Monetary Fund publication, "Finance and Development." Read the entire articlehere.