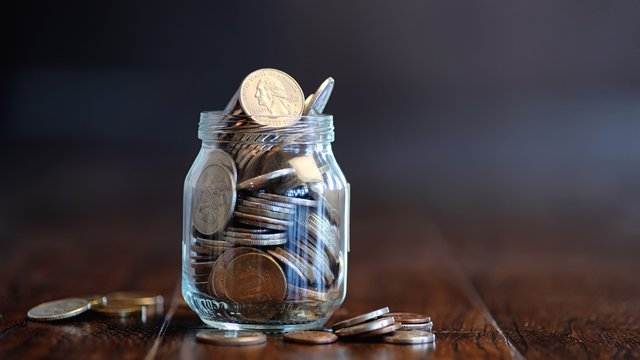 Returning from an extended stay overseas I happened to pull a pair of jeans out of the closet when a couple of quarters fell to the floor and rolled under a sideboard.

It was no big deal to pick them up, but then I wondered: Where did these coins come from? What transaction resulted in a couple of quarters being returned to me, as after all, it had to be change for something, right?

Given that my overseas trip involved three months in Australia where pennies are no longer in circulation, but $1 and $2 notes have been replaced by coins, I had grown accustomed to turning out a heap of coins onto the nightstand at the end of each day. But this is the USA; what am I doing with coins and better still, what am I doing with cash?

For the last decade my wife and I have collected quarters as we typically frequent conferences and tradeshows relying on our RV for both transportation and accommodation — our home away from home and company command center.

At RV parks, we need buckets of quarters to operate the laundry machines, but that's about it. Well, perhaps to add air to our tires at less friendly gas stations where coins remain a necessity.

Travel is always a time of education and overseas encounters of all types can lead to observations about differing approaches to money. Like people in many other countries today, Australians have abandoned using the $100 banknote, preferring instead the $50 banknote. For a visiting American, the purchasing power of an Australian $50 is similar to a US $20, even if the exchange rate hovers around 72 cents for each Aussie dollar.

The first observation we made was that unlike America where the only place you will likely find a coin counting machine is the grocery store, in Australia ATMs have separate compartments that accept coins for deposit when the function is selected.

How cool? I wouldn't say I stood transfixed as I listened to coins jingling in the machine or that my thoughts wondered back to Las Vegas, but it was different. Travelling to New Zealand a short time later, exactly the same machines were present in the bank branch offices I visited.

Adding processing options for loose change in countries like Australia and New Zealand can be put down to creating a better customer experience — after all, a pocket full of loose change can be heavy over time.

At a time when there is much discussion about the future of ATMs, it was refreshing, indeed surprising, to see how many varieties of ATMs lined the walls of branch offices.

In fact, I had to walk out of a Westpac city branch office in Australia as the diversity of machines was overwhelming and I couldn't quite figure out which machine was actually an ATM.

Nearly two-thirds of one wall was set up to support businesses and a much smaller section was set up for the average consumer; a situation I put down to the branch location in the central business hub of Sydney.

But again, the attention given to coins puzzled me until I walked into the local bar and saw so many coins changing hands across wet countertops. Urban legend has it that the reason Australia replaced smaller bank notes with coins was because banknotes didn't stand up to being sloshed around with Australia's famous amber liquids for much of the night.

In a region where tap-and-go is ubiquitous and consumers seemed to rely on plastic for every purchase, it was surprising to see just how many coins were being used — perhaps it is a cultural issue after all.

Unlike their American cousins, Australians use public transport. Whether it is rail, tram, bus, or ferry it's heavily relied upon to move around the sprawl of these now very big cities — Sydney has passed 5 million.

Every train, ferry stop and bus junction has a variety of corner stores — from the newsagent selling papers and gum, to the coffee shop (and no, there are very few Starbucks in this coffee-loving nation), to the small bar to the fish and chip shop. Everywhere I looked, there were patrons throwing down cash — in a country where debit cards rule!

Checking out the latest blog posts to ATM Marketplace, I couldn't help but take a look at the predictions by ATMAtom. Two of these rang true: "Bank branches will continue to shrink"; and "Pundits will continue to proclaim the death of cash."

Traveling through southern lands led me into many branch offices and while they have shrunk significantly — the main branch of the Commonwealth Bank on Sydney's Martin Place now sells clothes, the once magnificent marble column-adorned branch is no longer.

Walls of machines, kiosks, etc. and while there weren't any coffee dispensers per se, it's only a matter of time. Branches will survive if only to cater to those enjoying their enriched customer experience as they unload their coins.

As for the death of cash and the ATM machine heading the way of the fax machine — not so fast!

"And yet, in spite of the global uptake in mobile payments, contactless and other wallet competitors, cash will once again refuse to die," the ATMAtom blog predicted. "Although the use of cash varies widely by country, consumers continue to demand choice and flexibility in payments."

As simple as this is to read, it is a powerful endorsement that in any marketplace where cash is present, it will always find a use. Culturally, historically and even pragmatically there will continue to be times when we fumble around in our pockets for loose change for one purpose or another; I've lost count of the number of times I had twenty dollars in coins in my jeans.

What the banking industry needs to remember, even as it wrestles with the best way to interact with different generations of consumers, is that it should never count cash out of the equation.

Lose the change? Not so fast! Branch offices will continue to be repurposed and automatic machines will evolve, but go away? Not in my lifetime — I am even prepared to wager a few coins on that! 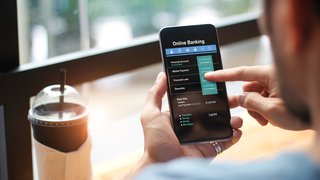