The remittance market is growing rapidly and ATMs are playing an important role. 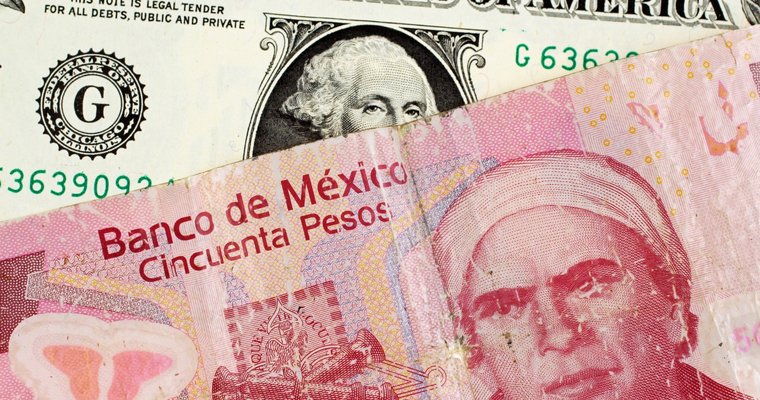 The remittance market in which migrant workers send funds back home to family members is massive. It was valued at $17.88 billion in 2021 and expected to grow at a compound annual growth rate of 15% from 2022 to 2030, according to a press release from Grand View Research.

Although migrants use a number of methods to send funds, one popular avenue is cash, due in part to the lack of digital payments options in many countries. As a result, migrant workers are using methods such as prepaid debit cards, which their family members can then redeem for cash at ATMs, according to research from Bernardo Bátiz-Lazo, professor of fintech history and global trade at the Newcastle Business School, Northumbria University (UK) and research professor at the Faculty of Economics and Business, Universidad Anáhuac and Ignacio González-Correa, independent consultant and graduate student at the Department of Economics, University of California, Davis.

In order to learn more about this trend of ATMs being used for remittances, ATM Marketplace spoke with Bátiz-Lazo and González-Correa in an email interview.

A. About 90% of family remittances in the Mexico-U.S. corridor start and end in cash. ATMs play a critical role by enabling senders convenient access to cash at the point where they will initiate the transfer. In the Mexican side, there is an increase in the use of N2 (prepaid debit) cards through which beneficiaries can access their balances at convenient locations and time of day. For beneficiaries this is critical as it diminishes their exposure to crime and theft.

Q.Can you share some statistics about ATMs and remittances?

A.There are some 35 million Mexican migrants in the U.S. today. Of these, some 12.5 million are of Mexican origin (legal and illegal).

To the best of our knowledge, data for ATM volume and value is only published annually. There is no breakdown of withdrawals associated with remittances.

As for remittances, despite the increase in U.S. unemployment during the lock down, the volume and value of world remittances, particularly those to Mexico, continued to grow. In 2020, remittances to Mexico reached $40,601 million dollars, 95% of these originated in the USA. This was their highest point in the previous decade (3.8% of GDP), observing over 10% of GDP in five states (Michoacán, Guerrero, Oaxaca, Zacatecas, and Nayarit).

After observing an annual increase of 19.6% in January 2022, in April 2022 remittances to Mexico reached 24 months of continued and sustained growth recording 47,180 million dollars or 16.5% annual growth. However, industry participants considered that growth rates oscillating between 20 to 35% of volume (up from a previous average of 4 to 5%) could not exclude the possibility of greater malfeasance in the remittance channel by criminals (and particularly the drug trade) during the pandemic.

As of December 2019, Mexico reported approximately 58 thousand ATMs operating around the country. Multipurpose banks concentrated nearly 98% of the ATMs, with approximately 56.620 devices. That same year, BBVA Bancomer was the bank with the highest number of ATMs in the country .

Q.I recall hearing bitcoin was being used more frequently for remittances. Are we seeing crypto ATMs being used for this purpose?

A.The thing about remittances in the US-MX corridor, and you can extrapolate it to rest of Latin America and the Caribbean, is that it is mostly done in cash. Just a small part of the remittances uses digital channels (industry participants' estimations define it as 10% of volume share) and a smaller part of them use digital money like cryptocurrencies. There is an undeniable resilience of cash in Mexico and several Latin American countries. So, in this market we have not seen the use of crypto ATMs for this goal.

Even though some countries have made efforts to widespread the use of cryptocurrencies — even as legal tender money in El Salvador, these countries still must deal with the fact that people trust in cash, and how they do not feel comfortable changing to 'digital things' when it is about money. For instance, El Salvador would have spent USD 101.5 million to purchase 2,280 bitcoins in early May in 2022. In addition, the Salvadoran government has also spent USD180 million to develop the Chivo digital wallet and install 200 bitcoin ATMs (Cash Essential, 2022a). Nevertheless, cash is still preferred in retail payments. Bitcoin usage in everyday transactions remains very low and highly concentrated in educated, banked, young, and male population (Alvarez, Argente and van Patten, 2022). This is similar to the unsuccessful CoDi, the mobile payments platform developed by Banco de México that has not overcome cash payments in Mexico (Cash Essentials, 2022b). This behavior is also true for the remittances market, especially in Mexico.

Q.What do you see as the biggest remittance trend?

A.We have identified a few important trends. First, maybe the most remarkable remittances trend is that they have steadily grown over the last decade to become the most important source of foreign exchange inflows to emerging economies.

Today, in 2022, India, China, and Mexico are the top three destinations for family remittances in US dollar inflows. Meanwhile, remittances to Haiti, El Salvador, and Honduras observe the highest proportion of their value as a percent of Gross Domestic Product (GDP), reaching over 20% of the GDP for the two Central American countries. To put these trends in a larger perspective, in the early 2000s, Foreign Direct Investment (FDI) was the primary source of capital inflow to emerging countries, but in 2019 remittances overtook FDI as the most significant inflow of capital to emerging economies.

The second important remittances trend is that they did not plummet during the pandemic. The outbreak of the COVID-19 pandemic led many international institutions to predict a reduction in remittance volume. For example, in April 2020, the World Bank (2020) estimated worldwide remittance volume could fall as much as 19.9% that year but the estimation failed (World Bank, 2020). Even though thousands of immigrants and Latino workers were initially laid off in the U.S., they somehow managed to send money to their families in Mexico and Central America to help fight the pandemic. The reasons that explain these results include the fact that Hispanic employment was one of the fastest sectors to recover lost jobs in the U.S. and large-scale federal and state assistance for unemployed workers (particularly in California).

Third, remittances also have new faces. Remittance growth now in 2021 includes approximately 32% of transfers initiated by women migrants (Mexico Institute and Wilson Center (2022). There is also an increasing number of indigenous ethnic group migrants, representing between 6 to 10% of total transfers and aimed at locations which had not been traditionally identified with migrant workers.

Finally, we have found that, at least in the US-MX corridor, cash dominates remittances. This is very similar for many other Latin American countries, but it might be different in Europe and Asia.

Bradley Cooper is the editor of ATM Marketplace and was previously the editor of Digital Signage Today. His background is in information technology, advertising, and writing.