How are you setting your ATM strategy?

Knowing that a million transactions happened at a location is not tremendously helpful if you don't have the particulars about what is driving consumer behavior at that location and making the site valuable. 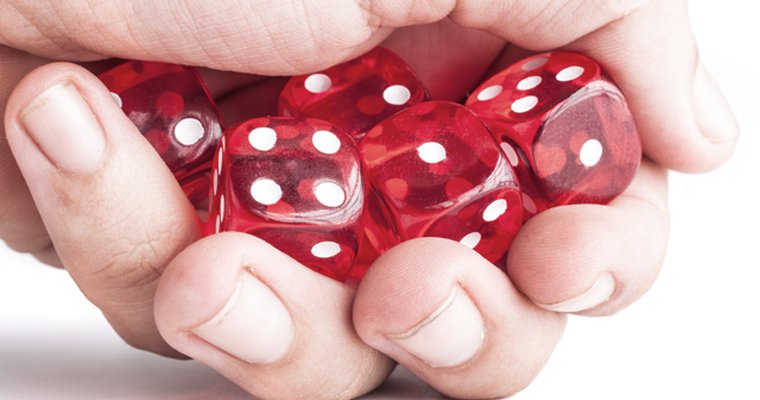 Every bank and credit union believes they've got the playbook on best placement of branches, the right formats, and correct staffing models, but there is a glaring weakness in their strategy:

Call it the ATM afterthought.

Every financial institution knows they need them, but the strategy around their locational analysis and how ATMs are used in conjunction with branches isn't even an agenda topic.

The ATM started out as a cash dispenser, but its recent evolution has proved it can handle 90 percent of traditional teller transactions. With the assistance of the chart (right), if we consider the first cash dispensing ATM as version 1.0, look how far we've come with our current 4.0 version.

Not only does it dispense cash of differing denominations, but it offers payments, check cashing, video teller and you can even pre-authenticate transactions with your most precious device: your phone.

You don't even need to carry a debit card anymore. The 5.0 generation is likely to round up the rest of the teller transactions as well as other simple servicing.

Give the people what they want

Client preference is the golden rule to selling product and services and the people have spoken. Bank of America customers prefer 3:1 to deposit checks at the ATM rather than use their own mobile device.

Both BofA and Chase predict that by year-end, 60 percent of their deposits will be handled by their ATM fleet.

When you add mobile deposits the figure for nonbranch deposits grows to 75–80 percent.

The study ATM Future Trends 2017, conducted by ATM Marketplace and Auriga, showed that U.S. customers actually prefer an ATM over a branch.

Asked if it was more important to have an ATM or a branch nearby, 43 percent of respondents said they'd rather have an ATM.

The branch has been going through its own storied journey to evolve with the times. Footprints is shrinking, staffing models are being reevaluated, and branch closures are creating a shift in thinking about how branches can sustain themselves, let alone thrive. 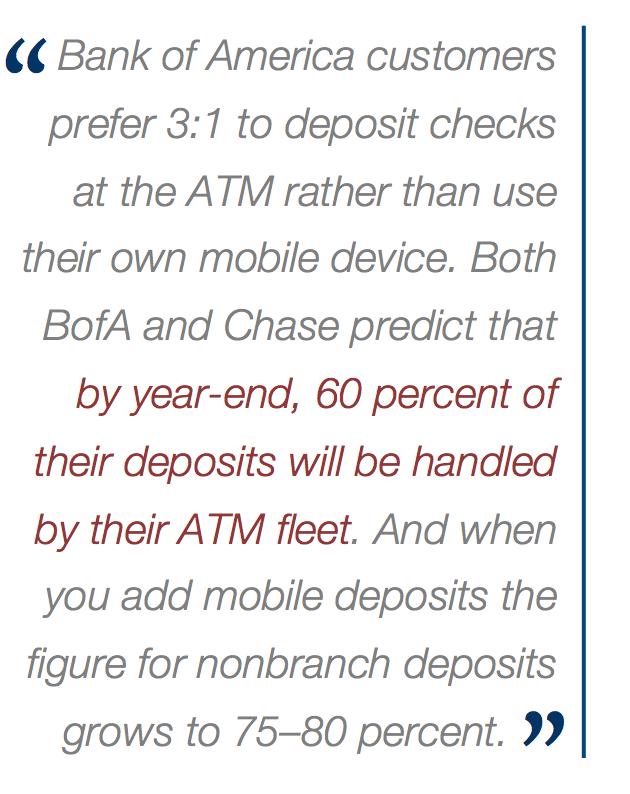 This is where the ATM can shine. Though they are no longer fee-generating machines, they can take on the bulk of servicing.

With branch formats shrinking, the ATM becomes valuable square footage. How you situate the ATM within the branch can determine whether foot traffic is directed to self-service or teller service.

Getting placement right means that staff can get on with the more valuable work of getting customers into the financial products they need. By enabling the shift from servicing to selling, the bank is able to streamline staffing models.

As networks are evaluated and branches start to close, a cost-effective solution is needed to fill the void. On average, it costs around $500,000 a year to run a branch — and only $100,000 to run an ATM.

This cost-effective solution combined with careful branch network optimization can give consumers the coverage they are looking for while still maintaining the efficiency they demand.

Consumer choice is emotional; it is all about the brand. Sadly, ATMs often are the forgotten vehicle for reinforcing brand awareness, particularly when they sit outside the branch.

Off-premises ATMs in parking lots, malls and other convenient locations become brand ambassadors for a financial institution. Used effectively, they can bring about awareness of an FI that goes well beyond name recognition.

In the new "thin-branch" world, an effective combination of branch and remote ATMs is imperative to customer coverage.

Most institutions think they know how to optimize their ATM network but few are doing it well.

Analytics play a bigger role in the process than many firms realize, but they are manually tedious, heavily data driven and equipped with few guardrails.

A cost-effective approach that saves time and internal resources can be a saving grace. Often, though, the approach is to rely on MasterCard and Visa switch reports, which provide rough locational data, but no specifics as to where transactions are taking place.

Knowing that a million transactions happened in a location is not tremendously helpful if you don't have you the particulars about what is driving consumer behavior and making that site valuable.

Because people generally bundle their banking with other activities, it's critical to identify hubs based on traffic and other key factors.

Once they find the right markets, many institutions still fail to choose quality locations. This can feel more like an art form than a business process, but the quality of the location, paired with accessibility and branding can transform a marginally performing site into a rock star.

A full understanding of the competitive landscape is also imperative to choosing the right location. Most banks ignore credit unions, and vice versa, when in reality consumers don't differentiate between the two. At Inver, our own analytics has shown that credit unions account for 10–25 percent of the deposit market. Ignoring this data will affect future performance.

Consideration of the entirety of the competition within each market gives you a holistic view of true growth potential. Different institutions have different value propositions, and each market holds a certain amount of lift that can be maximized, depending on the competition.

The broker is the real winner 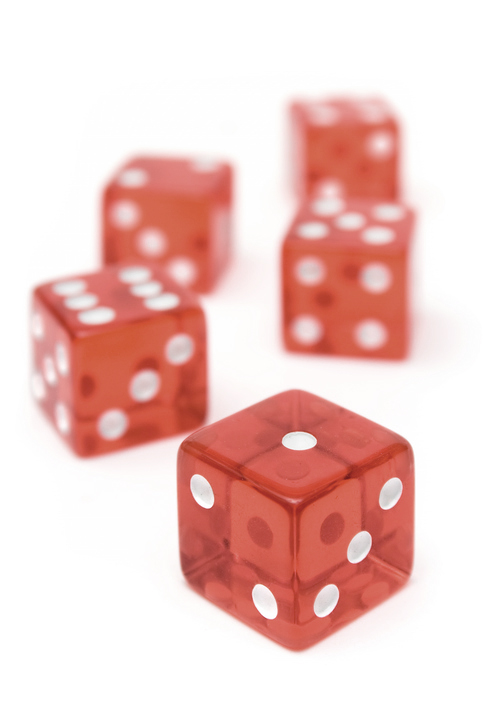 When it comes to ATM placement, the broker is the real winner. We depend on their market expertise but generally end up entering into deals with developers that the broker already has established relationships with.

The methodology used to determine whether the site is desirable is applied on a per-location basis, rather than on an overall understanding of the market and its specifics.

The ATM is an integral part of any network optimization plan. When deployed in the proper balance of branch and off-premises locations and markets, it can be a powerful tool for driving down costs.

Considering its growing functionality, the ATM offers financial institutions the flexibility to maximize their presence, bolster their brand, and deliver the service consumers want.

Lisa Klingberg is a managing partner at Inver Consulting Group (inverconsultinggroup.com), a firm that specializes in branch, digital and ATM strategy.