Before closing the book on 2015, we asked ATM industry members what they view as the year's biggest developments — and what they see ahead for 2016. 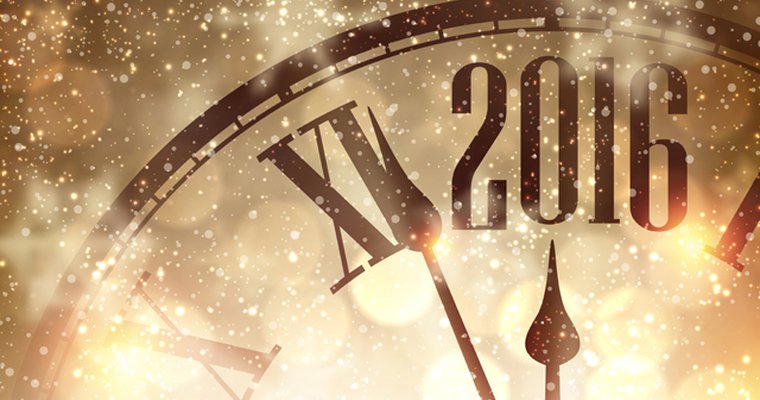 Having concluded another 365 rotations, the planet and its three million or so ATMs are already counting down the next 366 (it's a leap year, remember).

But before closing the book on 2015, we asked ATM industry stakeholders and observers to tell us what they view as the past year's biggest developments — and what they see in the stars for 2016. Here's what they had to say:

The most important development of 2015 was the acceleration of the deployment of other revenue streams at the ATM — direct currency conversion, charitable donations, lottery, etc.

The headlining issue in 2016 will be the decision by sponsor banks to turn off as many as half of all retail ATMs due to the financial inability of owners to cover the estimated liability shift losses.

And from James Phillips, VP of Sales and Marketing, Triton Systems:

Cardless transactions were gaining interest at the end of 2015 and we expect adoption of cardless solutions to escalate in 2016.

As the automated teller machine approaches the half-century mark, the device is no longer just a "one-trick pony" appliance for cash withdrawal. ...

From their touch-screen interface to video feeds to remote contact center personnel, today's ATMs often fill in many of the roles of traditional tellers, at least for day-to-day transactions. And with the convergence of ATMs and mobile banking continuing (as can be seen with various versions of ATM prestaging, person-to-person payments and other transaction options under consideration), ATMs will continue to play a prominent role in [the] banking experience in 2016.

Changes in the industry are likely to accelerate in the coming year as a consequence of business events such as the pending Diebold acquisition of Wincor Nixdorf and NCR's recently announced strategic partnership with Blackstone, which have the potential to blend ATM innovations with branch reconfiguration efforts.

The Diebold acquisition of Wincor Nixdorf was one of the most significant industry developments of 2015. ...

[T]his acquisition reduced the playing field for financial institutions. The good news is that it opens the door for new entrants such as Cummins Allison.

Obviously EMV will continue to be a headlining issue [in 2016], although there seems to be slow adoption within the ATM space. ... In parallel with EMV is anti-skimming.

Additionally, contactless and near field communication solutions at the ATM are opportunities that banks will be exploring more in depth in the year ahead.

Remaining competitive in the marketplace and gaining employee efficiency within the branch will be issues that banks will continue to face in 2016. Investing in the ATM channel, including deploying automated deposit functionality at the ATM, can help banks address these challenges — and uncover opportunities.

Cash stood its ground throughout 2015, which going in, was predicted by some to be the 'year of Apple Pay.' In spite of the media hype machine, mobile pay has yet to unlock a widespread behavioral shift, while cash went into the holiday season on the strength of Consumer Reports' annual holiday poll saying cash is king.

For financial institutions and for retailers, a key issue [in 2016] will increasingly be finding ways to meet consumers and deliver on their needs wherever they are. It's all about access and convenience in our click-and-mortar world. And that bodes well for retail ATM deployers, because we are the convenient access to cash that consumers demand as part of their omnichannel lifestyle.

Cash is still strong in some segments, as we still have businesses in the greater NYC area that refuse to accept credit cards and have an ATM for their customers to use on premises. In the age of Apple Pay and Uber and all these new payment technologies coming out making credit card use even easier, some merchants are still keeping it old-school (via cash.)

I don't believe a lot of the smaller operators will be able to handle the EMV upgrade [necessitated by MasterCard's Oct. 1, 2016, fraud liability shift] and, in addition, ISOs and processors will turn off locations, not wanting to take the risk that a merchant-owned location [won't be] able to handle the financial penalties if an issue occurs. So there will be a significant opportunity to pick up new locations (but ones lower in transaction volume, unfortunately.)

There were three significant developments in 2015, which, in my view, would change the payments space in India:

Opportunities in 2016 will include:

In the course of the year, major banks continued to intensify their efforts to become digital banking leaders, making huge investments in branch transformation projects. In the U.S.A., in particular, we were able to help leading financial institutions serve their customers better with the aid of innovative technologies.

The digital journey that banks have to accompany their customers on across all channels will continue in the coming year. True omnichannel integration will enable banks to make the shift to a client-centric banking model. Software is the No. 1 enabler in this context.

In 2015, the concept of branch transformation (which would be more accurately labeled "retail branch distribution realignment") reached critical mass. Most FI's will have four or five different branch formats going forward, and the one thing they will all have in common is more automation.

In addition, the unintended consequence of recent regulations has put more cash into to the retail banking system. This cash is adding significant expense in terms of security and management at the branch level. The time has finally come for U.S. FIs to seriously consider cash recycling at the ATM.

Added functionality will be taking the stage in 2016. Our development team has never been more inundated with requestw for custom development. Even though the technical QHE regulatory changes that have affected the industry over the years have been challenging, they have forced a technology refresh in the current install base, allowing for easier expansion of value-added services into the market.

In 2015 in the U.S., we [observed] a growing tendency amongst the larger corporations that are adopting the mobile wallet [i.e., Apple Pay, Android Pay, and Samsung Pay] as an acceptable form of payment. Companies have become more attuned to the idea of new trends and new technology, and a younger, more technical-savvy consumer. ...

In fact, in 2015, we observed how the world's poorest countries are quickly embracing the mobile wallet technology. With a high penetration of mobile phones, consumers in these countries are more willing to accept the mobile wallet as a more practical financial solution, making their lives better and adopting to its infrastructures faster than any first-world country.

In our opinion, 2016 will be the year of the global deployment of the mobile wallet as a real alternative to a bank account. With emerging countries and an existing unbanked population worldwide, the mobile wallet is the perfect alternative, offering a complete selection of financial solutions conveniently on a computer or phone.

[In 2015 we saw the] expansion of key performance indicators to accommodate omnichannel delivery. ... Operational success is no longer measured by device availability alone, but also the ability to increase the number of successfully completed customer interactions, meet evolving customer service expectations and adopt innovative payments solutions with minimal risk. We are seeing key banking metrics now fall into one or more categories such as awareness, adoption, use, experience and impact. ...

Broadening metrics and KPIs means that both IT and business managers across all self-service channels will have to think about new ways to collect the right data at the right time to align with customer and business objectives. This includes aligning new performance requirements with the building blocks of digital transformation, such as interoperability, transaction streamlining and delivering the right products to the right market segment.

As financial institutions slowly moved past the preparation and expense of EMV compliance and Windows migrations, 2015 was a year where we saw them begin to put laser focus on supporting new branch transformation self-service devices and building branch transformation strategies designed to reduce costs and enhance the consumer experience.

In 2016, Fiserv sees financial institutions continuing to develop their strategies focused on self-service and branch transformation [with]:

In 2015, the most important developments were the release of Chase Pay with MCX and, separately, the announcement of Walmart Pay. Both announcements reinforce the opportunity for retailers and banks to redefine how they work together and serve their own needs to connect with customers through their individually branded mobile apps.

[In 2016] cardless cash access [at ATMs] will go mainstream by enabling access to cash to heretofore landlocked accounts that would never be linked to a credit or debit card. CCA will be used to tap into money market, brokerage and mutual accounts for the first time in history with CCA, and payroll processors will use the feature to vertically integrate deeper into the payments value chain.

Fiserv, Inc. aspires to move money and information in a way that moves the world. A significant part of our mission is to provide flawless ATM experiences and cash management services.