The ATM at 50, part 2: Reinvention for a smart future

The year 2017 is almost certain to be a milestone year for the ATM — not only because it marks the 50th anniversary of the first installed machine, but also because it heralds the beginning of the industy's reinvention of the ATM as a next-gen banking device. 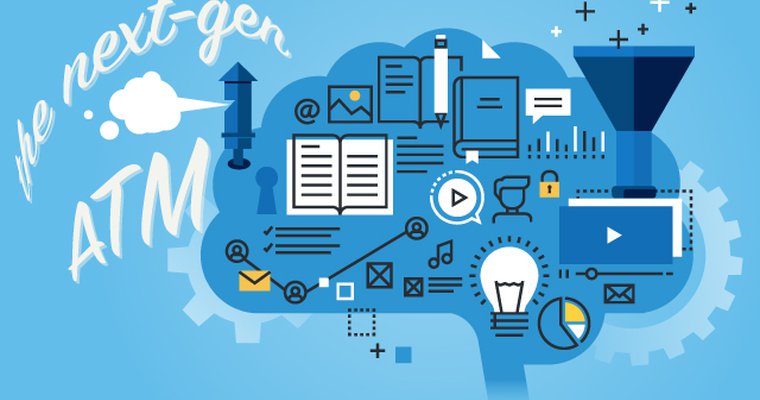 As I stood before the 50th ATM anniversary memorial display in February at the ATMIA US Conference in Orlando, several special memories of my time in this industry sprang to mind, including an interview back in 2001 with John Shepherd-Barron, the man behind the world's first installed ATM. A sense of pride and nostalgia welled up inside me as I walked down the conference's ATM memory lane.

As a technology pioneer who may be considered a principal co-founder of the ATM industry in a collective process of innovation that accelerated in the second half of the 1960s in Europe, America and Japan, Shepherd-Barron certainly deserved his Lifetime Achievement Award from ATMIA in 2006.

I'll never forget the explanation he shared with me as to how he originally conceived of the ATM: "If chocolates can be dispensed," he'd asked himself, "then why can't cash?"

The simple revolutionary idea behind our worldwide industry is that cash is a physical product — like a chocolate bar — that can be dispensed automatically anywhere, anytime. It was a brilliant flash of insight from this astute thinker, designer and businessman.

Shortly before he passed away, Shepherd-Barron testified that he'd used ATMs successfully for more than 40 years. Yes, cash dispensing via a machine works, big time. And cash is always going to be much more popular than chocolate bars.

Just consider the production rate of ATMs since 1967 — 3 million machines manufactured in 50 years averages out to 60,000 per year or roughly 165 ATMs every single day.

You can get a sense of the world-changing impact of the ATM by reading the fact sheet, Extreme ATMs Dossierand by viewing the Power of the ATM slideshow on the ATMIA 50th ATM anniversary portal.

But 2017 isn't just about a proud history stretching out over half a century. It will be the year in which the ATM will be reborn.

This is a time of reinvention that would bring smiles to the faces of Shepherd-Barron and other ATM innovators of the 1960s, such as Lars Arfvidson, whose essay The Swedish Bankomat in the Early History of the ATM is well worth a read, and James Goodfellow, who patented the PIN technology that became the standard customer authentication method for the industry.

In fact, the same U.S. conference that honored the ATM's 50th birthday literally echoed with conversations and discussions — in the exhibition hall, during the presentations and in the corridors — about a new industry RFI for next generation ATMs.

It was a unique and energizing experience for me, as CEO of ATMIA, which itself turns 20 this year, to be present at this living convergence of the past and the future.

I looked at the ATM memorial display, I held the 50/20 coin (graphic, right) in my hand, and I listened intently to the excited voices of industry thought leaders, exhibitors, speakers and delegates starting to work out the shape of our industry for the next 25 years.

The year 2017 is almost certainly about to become a milestone year in the evolution of the ATM. Here's why: While ATMIA has been preparing its members for the end of support for Windows 7 operating systems in 2020 with detailed roadmaps produced for migrations to new operating systems, the association has studied alternative operating systems such as Android through its Next Generation ATM Architecture Committee.

Last year, the committee formed a sub-committee of banks and independent deployers to formulate a vision for the future of ATMs from an operator's perspective (encapsulated in its Industry RFI). At the end of January, ATMIA contacted the world's leading ATM manufacturers, suppliers and service-providers, attaching the RFI and requesting formal feedback.

Deployers and vendors alike have been wrestling with the issue of how ATMs should adapt to a mobile internet age in which mobile devices such as the smartphone become the main consumer device connected to an internet that digitizes data, information and even money.

An analysis of the feedback from global vendors and suppliers has produced a vendor model of the future that can be compared with the deployer vision to produce an industry blueprint for next generation ATMs.

A common vision of an ATM ecosystem of the future, based on an app model for ATMs, is slowly emerging. It is this comprehensive blueprint, to be completed within the next few weeks, that will help the industry identify the architecture, standards and systems needed to produce next-generation ATMs at incredible economies of scale.

But even if 2017 had not produced a vision of the model for next-generation ATMs, several underlying strengths and drivers of the future would have continued to propel the ATM industry towards 2040 and beyond. These include:

With these fundamentals in place and with the imminent emergence of an industry blueprint for next-gen ATMs, we're at the crossroads where the past diverges into a positive future.

I wear my ATM and ATMIA badges with pride because our industry is already far along the path of future-proofing itself even as it celebrates its first 50 years.

Mike Lee is CEO of the ATM Industry Association.

Mike Lee is CEO of the ATM Industry Association