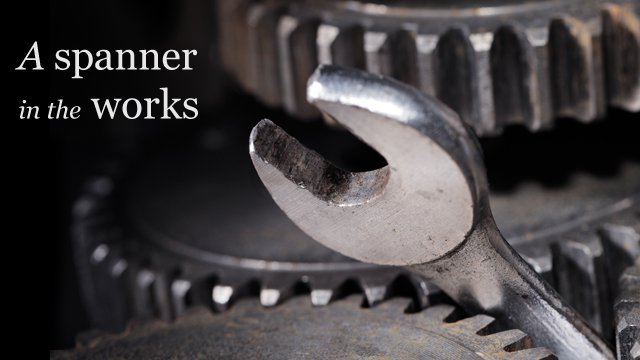 It looks as though the U.K. Competition and Markets Authority might be poised to throw a spanner (or, on this side of the pond, a monkey wrench) into the works of the proposed acquisition of VocaLink Holdings Ltd. by MasterCard U.K. Holdco Ltd., a subsidiary of MasterCard International Inc.

Spanner, wrench — whatever you call it, its proper name is the Link ATM Network.

VocaLink provides payment infrastructure services to three major U.K. interbank payment systems: Bacs, the automated clearing system that handles credit and debit payments between bank accounts; the Faster Payments Service, which enables near real-time payments between bank accounts within the U.K.; and Link, the network provider for 70,000 ATMs in the U.K. — which is to say practically all of them.

The CMA has determined that a loss of competition in payment infrastructure services is a nonissue for Bacs and FPS. A press release from the authority said that the two have have "many credible alternatives to VocaLink and Mastercard."

The Link network, however, is a different story, as the authority briefly explained in a press release:

In relation to Link ATM, the CMA found that VocaLink and MasterCard are two of the three most credible providers of infrastructure services to the Link ATM network operating across the U.K. As such, the merger would reduce the number of bidders and limit the ability of the Link scheme to obtain good value when tendering for an infrastructure provider.

The CMA said it had received communications about additional concerns during a two-week comment period Oct. 17–31.

These concerns revolved around MasterCard ownership of the central network infrastructure and the company's potential to harm rivals in the supply of ATM switching services for Link, which claims to be the busiest ATM transaction switch in the world.

Ultimately, the authority said, "in each case, the CMA did not consider there to be sufficient evidence to demonstrate that MasterCard would have either the ability or incentive to foreclose its rivals in the future."

The CMA has given MasterCard and VocaLink until Jan. 11 to offer "acceptable undertakings" to remedy the authority's concerns about "a substantial lessening of competition" caused by the merger.

If the companies fail to submit a plan, or if they submit a plan whose undertakings CMA finds unacceptable, the authority will refer the matter for a lengthier, in-depth phase two investigation.

"The Link ATM network provides an essential service for millions of customers," Andrea Coscelli, CMA acting chief executive, said in a statement about the authority's preliminary assessment. "It's important that Link has a good choice of providers when it comes to supplying the necessary infrastructure so it can take advantage of the opening up of payment systems to competition. These concerns warrant a closer investigation in the event that MasterCard cannot address them at this stage."

This is the second ATM-related merger in less than a year to raise a red flag with the agency responsible for ensuring the competitiveness of U.K. markets — and ultimately the protection of U.K. consumers.

In August, the CMA handed down preliminary findings in regard to the Diebold Nixdorf business combination. In this case also, the authority found the likelihood of a "substantial lessening of competition" in the ATM market, with a reduction of major competitors from three to two.

One difference, though, was that the Diebold Nixdorf buyout was a fait accompli when CMA finished its preliminary assessment. CMA called certain restrictions on the company's business dealings in the U.K. until an acceptable remedy can be reached. That answer will come in the form of a CMA report due Feb. 13, according to the CMA administrative timetable. In the meantime, Diebold Nixdorf is free to operate as it sees fit in all other markets.

With MasterCard and VocaLink, the circumstances are simpler but less certain. The merger is not yet a done deal, so the companies continue to operate normally. But if the companies cannot present a tenable solution to the CMA, it could be game over, since VocaLink operates principally within the U.K.

However worrisome this might be to MasterCard, the company's followup statement to the press was (predictably) cheerful:

We welcome today's decision by the Competition and Markets Authority regarding our planned acquisition of VocaLink. The thoroughness of the CMA's review reflects the significance of this deal and its potential for the industry. In its announcement, the CMA noted that it has no concerns related to providing payment infrastructure services to Bacs or the Faster Payments Service.

We're pleased to have the opportunity to address their one concern regarding the Link ATM scheme in the timeframe provided. This acquisition promises to bring greater choice and innovation to the payment ecosystem, enabling people, governments and businesses to pay the way they want to pay. 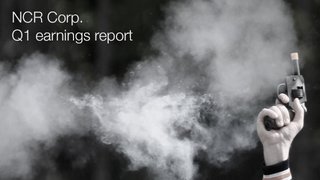 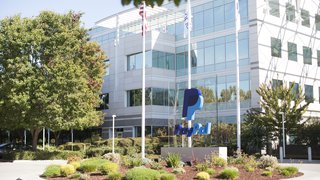 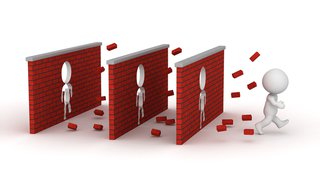